The Ultimate Guide to Bitcoin

Is digital money like Bitcoin the future of transacting payments online, offline, and wherever goods are sold?

Cryptocurrency has certainly become more of a mainstream term over the past few years, but what is it exactly and how can you put it to use?

This is the ultimate guide for understanding Bitcoin, answering your questions as to how to buy it, where to spend it, and how to make money doing it!

What exactly is Bitcoin? How do you get it? And what can it be used for?

Bitcoin was introduced in late 2008, created by an unidentified programmer who goes by the name of Satoshi Nakamoto.

Bitcoin is a type of cryptocurrency, a peer to peer digital money system that allows you to send or receive money across the internet without being linked to a real identity or 3rd party (ex: PayPal or Amazon). These transactions are completely transparent, verified by network nodes and recorded in a public distributed ledger called the blockchain.

In centralized banking such as the Federal Reserve, corporate boards or governments control the supply of currency by printing units of fiat money or money deemed by the government to be legal.

Bitcoin by contrast, is not controlled by any government body and is currently the largest cryptocurrency of its kind in terms of total market value. At the start of 2017 there were around 700 cryptocurrencies in the marketplace.

How are Bitcoins created?

Using powerful computers, miners take the information in the block and apply a mathematical formula to it, turning it into a seemingly random sequence of letters and numbers known as a hash. Every time someone successfully creates a hash, they get a reward in Bitcoin.

In this episode of EconTalk: Jim Epstein on Bitcoin, the Blockchain, and Freedom in Latin America Jim talks about how the people of Venezuela have been able to use government electricity subsidies to make a large profit mining for Bitcoin and are feeding their families with its purchasing power.

Bitcoin only keeps track of addresses where the money is. Each address has two important pieces of cryptographic information or keys, a public one and a private one.

How can I acquire Bitcoin?

Where can I spend my Bitcoins?

You can transact with any other person or merchant who accepts Bitcoin via digital wallets. A simple QR code can be captured using your phone and the money sent/received instantly.

We’ve talked about digital wallets to store your Bitcoin. The other type of wallet that exists is a physical hardware wallet such as Trezor. The hardware wallet stores the user’s private keys in a secure hardware device.

2021: As more and more institutions add Bitcoin to their portfolio its value continues to be at least intrinsically validated. Keep in mind though capital gains taxes do apply to Crypto which may sound a bit off for something that is designed to be non-regulated by the government. They are treated as personal property and thus taxed at the short-term and long-term gains rates.

This will likely be a heavily argued on topic over the next few years as governments try and slap huge tax implications on crypto which will likely keep volatility high. Even if you buy a Tesla with your Bitcoin (which you can now do) you are taxed on the gains that you made, so while a cool idea, buying that Tesla with Bitcoin is not quite as rosy as it might seem.

Etherum is another open-source Cryptocurrency that is making its way into the mainstream market. Etherum went live in July of 2015, so it’s relatively new, but it is growing at an incredible rate. The two are built on different platforms and Etherum uses a different algorithm, but by in large the same concepts apply.

There are a lot of crypto’s built on the Ether blockchain and lots of use cases for its future. I like this one a lot.

I would start by opening up a Coinbase account. Here you can buy your first Bitcoin or other cryptocurrencies.

Once your Bitcoin appreciates in value you can order a BitPay card and send your Bitcoin directly to your new debit card to spend. Sit on your Bitcoin for a while and let them appreciate so when you make purchases you’re spending the profits.

The book Digital Gold by Nathaniel Popper does a great job of telling the story of Bitcoin.

Here is a great chronological series of Econtalk interviews on the subject of Bitcoin, how it has evolved and been applied over the years.

About Tim Racette
Tim Racette is a day trader of 15+ years in the E-mini futures and swing trader of stocks. Mountain biker, lover of the outdoors, and explorer. Tim is an ASU Sun Devil and a Chicagoland Native now living in sunny Scottsdale, AZ. 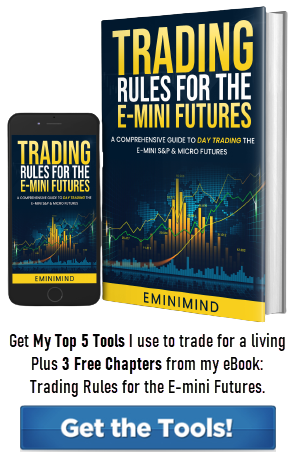